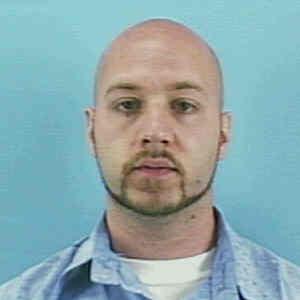 (If you would rather watch the video version of Pastor Joseph’s testimony on youtube just scroll down to the bottom of this page.)

I grew up in an atheistic, alcoholic and broken home in Euclid Ohio. I was raised and preprogrammed to make fun of people who believe in God. At age five, I was choked, slapped, beat, and abused by my kindergarten teacher. At eleven years old, I got into minor trouble such as egged houses, broke windows, stole hood ornaments, and threw rocks at cars. At the age of fifteen, I got high for the first time. After that first experience with drugs, I had a new identity. I was accepted in the world of drug users, plus the void in my heart was temporarily filled with drugs. I started doing acid, shrooms, crack, and cocaine. I burned my arm each time I did acid. I started seeing demons everywhere, forgot who I was, I forgot my name, and I lost the ability to speak a few times. On ten hits of acid, I blacked out before I realized I was punching a brick wall and my knuckles were all bloody and shredded up.

Also at the age fifteen, I broke into people’s houses, robbed people, stole police cars, took my gun and shot up people’s homes. I used to smoke drugs out of the Bible pages with words on them and mock God believing that he was not real. Finally I broke an old lady’s fingers to get drug money by stealing her purse. The cops arrested me. I got one year in a juvenile prison called Indian River (DYS). I had to fight in there every day. In the juvenile prison, I went to a Christian church a few times and it made me feel good but I did not understand what it was about and never went back.

When I turned 21, all I wanted to do was meet new women. I quickly built up a reputation of being a player and womanizer. My new drug was fornication to fill the void in my heart. Two of my ex-girlfriends became strippers after I broke up with them. I went to strip clubs and other dance clubs. I was also a union carpenter making $21.00 an hour and I was selling drugs. I got caught cheating on my son’s mom and was kicked out of the house. One of the women I fornicated and used with, let me live with her for free. I lived with her for 3 months and almost fornicated with her best friend in front of her while we were all in the same bed. I told her I did not love her and she was just a friend. I came home with hickeys from other women. After three months she got sick of the way I treated her. She asked me if I minded if she brought a guy home and I told her you can because we’re not together. On the way out of the apartment she started drinking beer, which was unusual because I never saw her drink alcohol. After I left she called the police on me and lied and said I raped her two times.

I got a call on my cell phone and some guy said “this is a detective” and he had to speak to me about a rape. I figured as soon as they saw me they would realize they had the wrong person and apologize. I turned my self in immediately and the detectives looked shocked to see me. It’s like they were expecting a fight or flight. When we got to the police station, I said “who said I raped her?” They said the girl’s name and I was shocked. I said “I live with that girl!” The cops said “that’s not what she said. She said you moved out a month ago.” I said, “That’s crazy, I have the key to her apartment. I live with her.” Then they said, “You have the right to remain silent…” They set my bail at a quarter of a million dollars. I had 2 counts of 1st degree felony rape, 2 counts of 2nd degree felony kidnapping, 2 counts of 3rd degree felony intimidation, and 2 counts of 4th degree felony GSI. I was facing 8 felonies and a sentence of 45 years to double life in prison. After a few months of trying to prove my innocence to everyone in jail I became weary and worn out.

I put all my trust in a few lawyers who robbed me with their degrees. Then my family stole my jewelry and all my material things. Then the girl who falsely accused me got rid of all my clothes. Then I lost my $21.00 hour job as a union carpenter. Then my son’s mother came to visit me to tell me she was fornicating with my family and my friend. I was sitting in jail, facing 45 years to double life in prison with no lawyer and an extensive criminal history. I lost everything and everyone turned their back on me. I lost all hope and I had no reason to live. I had totally failed at life. I was so depressed my face was sagging. I devised a plan of suicide. I would put toilet paper on the cell window, take the sheets and wrap them around my neck and overdose at the same time while I hung myself. It would be 4 hours before anyone would notice I was dead. Just before I planned to die, I walked over to an older man. I told him what happened to me. He looked me in my eyes and he said, “I believe you, I believe you’re innocent and you need to fight for your life, fight for your case, and stop taking medicine and get right with God whoever you know him to be.” I figured if God was real he would never love someone as bad as me because I had broken an old lady’s fingers, smoked drugs out of Bible paper, and had 2 babies killed by abortion.

When I went back to my jail cell determined to kill myself, I slammed the cell door behind me and fell to my knees. Tears started pouring out of my eyes for the first time in eight years. I yelled up in the air and said God if you are real you know I did not rape that girl, if you are real you’ll help me right now or I will kill myself. If you help me right now, I swear on my life I will serve you the rest of my life. If I do not serve you, you can kill me dead any time. I stood up and saw a Bible that an inmate left behind before me. I opened up the Bible having never read the Bible or knowing any of the stories and I randomly opened the Bible to Genesis 39:1, the story of Joseph.

When I saw my name in the Bible I was totally amazed and then when I saw how Joseph was falsely accused of rape just like I was and thrown into prison by Potiphar’s wife. I immediately got goose bumps all over my body. Peace and joy flooded my whole body. I went from pure depression and wanting to kill myself to flooded with joy, love, and peace immediately. Even though I had never experienced this overwhelming sensation of God’s presence before, I just knew in the depths of my heart it was God. I knew God was real in spite of all I did and I knew God loved me and had a plan for me. God proved himself to me in so many different ways that he was real. He gave me spiritual gifts and fruits of the Spirit. God gave me visions and dreams. I was so consumed in the Holy Ghost that I no longer cared about the 45 years of prison to double life because I knew for a fact God would work it out for me. I forgave the girl who lied on me and I forgave everyone who ever hurt me. I also asked Jesus to forgive me for all my sins and He did. All my past sins are covered under the holy blood of Jesus Christ. I even forgave myself and I had no more guilt and no more shame.

Shortly after God changed me, the girl, who said I raped her, came to visit me at the jail 8 times (which the jail kept record of), started sending me money, writing me letters, sending me sensual pictures, and tried to drop the charges. However, the state picked them up and said they would put her in prison because she lied so she had to press charges. All of a sudden the courts offered 6 months. I told them no I will not take a 6 month deal. I wanted them to totally drop the case or I will not take any deals. I was mad because how can they think I was guilty of a nasty violent rape and I deserve 45 years of prison and then they make me a deal of only 6 months just so I can go out and rape more people.

I believed they knew I was not guilty and she was lying or they would not have given me 6 months. I had no lawyer, the judge was mad at me, I had no money, I was in an orange jumpsuit with a chain around my waist, shackles on my ankles, handcuffs around my wrist, 2 armed police officers standing by my side, and I was so full of the Holy Ghost that I actually felt high. I felt like even though in the natural world the judge could destroy me, but spiritually I knew God was in control. Then they shipped me out to north coast mental hospital, they tried to force me to take the drugs without my lawyer even being notified. When my lawyer showed up they instantly found me to be normal with no disorders ready to be released from the hospital with no need for any medicine. After 10 months of fighting the case, my new lawyer told me just to plea guilty to the felony 4 gross sexual imposition and do the 2 years of prison with time served and move on with your life. My lawyer explained to me even though I had Exhibits A all the way to Exhibit Z there is no guarantee the judge will allow the exhibits of evidence into the trial. At that time I was weary of fighting and just gave up and took the new deal. In prison I got my GED, read the Bible every day, went to church every service and used the time to grow closer to God.

God blessed me to be able to minister at jails, state prisons, nursing homes, halfway houses, mental institutions, funerals, Amish churches, TV and radio. God even allowed me to give my testimony inside a prison in the Philippines and preach in a church in the Philippines. I graduated college as an honors student and made the dean’s list. I am now a licensed ordained pastor and dual licensed optician with two college degrees. I have not smoked, drank, fornicated, swore, stole, or committed crimes for over 15 years, and it is all because the Holy Ghost gives me power to do everything I do in the name of Jesus Christ. For Him I live, move, and have my being. Now I am the pastor of Old Brooklyn Christian Church and I am happily married. Jesus Christ changed my life and He can change yours!