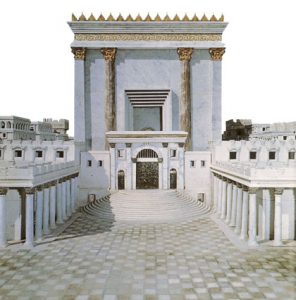 When people want to accuse someone they hear what they want to hear and twist words around. They did it to Jesus when Jesus told them to destroy this temple, which He spake of His own body, and He will raise it up in three days:

“18 Then answered the Jews and said unto him, What sign shewest thou unto us, seeing that thou doest these things? 19 Jesus answered and said unto them, Destroy this temple, and in three days I will raise it up. 20 Then said the Jews, Forty and six years was this temple in building, and wilt thou rear it up in three days? 21 But he spake of the temple of his body.” John 2:18-21

When the scribes and Pharisees wanted to kill Jesus they really did not have a case against Him. They were full of vain religious tradition and jealous of Him.

“59 Now the chief priests, and elders, and all the council, sought false witness against Jesus, to put him to death; 60 But found none: yea, though many false witnesses came, yet found they none. At the last came two false witnesses,” Matthew 26:59-60

They needed two witnesses according to the law and finally were able to find two false witnesses who were word twisters on what Jesus said:

“61 And said, This fellow said, I am able to destroy the temple of God, and to build it in three days. 62 And the high priest arose, and said unto him, Answerest thou nothing? what is it which these witness against thee?” Matthew 26:61-62

When Jesus spoke of destroying the temple (His Body) He said the words “Destroy this temple”. It was true that He said this, but His false accusers took a statement that He said and just changed it around a little bit to have a completely different meaning by saying He said “I am able to destroy the temple of God, and to build it in three days.” They didn’t care to get to the bottom of what He meant and possibly learn something, imagine how their eternities could have been different if they did? They missed out on learning from God Himself in the flesh and focused on pleasing the wicked Pharisees in honor of their tradition. They were heroes for a moment in time to people who they probably looked up to but it cost them their soul as God hates false witnesses. Eventually this word twisting was used to mock Him while He was dying on the cross for their very sins:

“39 And they that passed by reviled him, wagging their heads, 40 And saying, Thou that destroyest the temple, and buildest it in three days, save thyself. If thou be the Son of God, come down from the cross. 41 Likewise also the chief priests mocking him, with the scribes and elders, said, 42 He saved others; himself he cannot save. If he be the King of Israel, let him now come down from the cross, and we will believe him.” Matthew 27:39-42

Word twisting is very dangerous. In this case with Jesus He did allow His Temple which was His Body to be destroyed and He raised it up in three days. He never mentioned the word “rebuilding” like they changed His words to say to make it sound like He was going to physically tear down the enormous temple and put it back together brick by brick. He certainly could have since He is God but Jesus was so humble that He did not. The Temple was a place where the priest went before God but it did not fully contain Him as God can not be contained in places made with human hands. But the Temple Jesus referred to, which was His Body did contain the fullness of God and was the true Temple.

“For in him dwelleth all the fulness of the Godhead bodily.” Colossians 2:9

“47 But Solomon built him an house. 48 Howbeit the most High dwelleth not in temples made with hands; as saith the prophet, 49 Heaven is my throne, and earth is my footstool: what house will ye build me? saith the Lord: or what is the place of my rest? 50 Hath not my hand made all these things? 51 Ye stiffnecked and uncircumcised in heart and ears, ye do always resist the Holy Ghost: as your fathers did, so do ye.” Acts 7:47-51

The Jews did not believe Jesus was God and gave more honor to the Temple, which at the time was not even the original one Solomon built. They used Jesus’ Words where He talked about being God and telling how He would raise Himself up to accuse Him of blasphemy against the Temple so they could kill Him. In the year 70 AD, during the reign of Roman Emperor Vespasian the Romans destroyed the Temple completely during the Siege of Jerusalem to where there was nothing left of it. Jesus prophesied this while in Jerusalem. Today an Islamic mosque stands right on the Temple Mount where the Temple is said to have stood, most likely as punishment for the Jews who deserve it for what they did to Jesus and the twisting His Words about the Temple. And to this day many Jews still deny the True Temple, Jesus Christ, who contains the fullness of God, and want to attempt to contain God in a Third Temple which will become the seat of The Antichrist.

“1 And Jesus went out, and departed from the temple: and his disciples came to him for to shew him the buildings of the temple. 2 And Jesus said unto them, See ye not all these things? verily I say unto you, There shall not be left here one stone upon another, that shall not be thrown down.” Matthew 24:1-2