Interceding For The Wicked

Posted on November 8, 2019 by Administrator 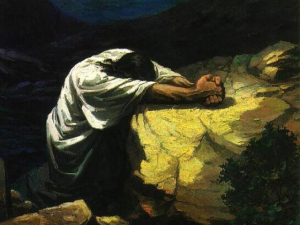 The prophets throughout the Bible warned people. Today when we preach on the streets at wicked events or just general public preaching we are usually warning people to get right with God, repent and believe in Jesus. This message is almost never received well and a lot of mocking, attacks and harassment occur as a result. It is easy sometimes to just give the message, take the heat from the lost and hear about how they are the real Christians that don’t ever (expletive) judge while they flick a cigarette ash in your face and then feel no sadness to the fact that they are going to be destroyed by God and could be struck down at any time.  After all, they have been warned and it is their free will responsibility to get right with God. The prophets in the Bible always warned, but many times they also interceded before God for the people to spare them from impending judgment. There are many examples with different results but we will look at a couple starting with Amos:

“2 And it came to pass, that when they had made an end of eating the grass of the land, then I said, O Lord God, forgive, I beseech thee: by whom shall Jacob arise? for he is small. 3 The Lord repented for this: It shall not be, saith the Lord.” Amos 7:2-3

Amos knew the vision that God was showing him of the punishment He was about to give Israel might actually destroy them completely since at the time they were small in numbers. God stayed His judgment at Amos’ intercession. Just because a prophet intercedes does not mean that God will hold back His judgment. Moses was constantly warning the Israelites against idolatry and he ended up interceding on Israel’s behalf after they made the golden calf idol to worship, even offering himself to be blotted out of the Book of Life but God was not having any of that:

“31 And Moses returned unto the Lord, and said, Oh, this people have sinned a great sin, and have made them gods of gold. 32 Yet now, if thou wilt forgive their sin–; and if not, blot me, I pray thee, out of thy book which thou hast written. 33 And the Lord said unto Moses, Whosoever hath sinned against me, him will I blot out of my book. 34 Therefore now go, lead the people unto the place of which I have spoken unto thee: behold, mine Angel shall go before thee: nevertheless in the day when I visit I will visit their sin upon them. 35 And the Lord plagued the people, because they made the calf, which Aaron made.” Exodus 32:31-35

Jeremiah was a very troubled prophet due to the wickedness of his time and how far Israel was getting away from God despite his preaching to them. God got to the point where he was so offended by their worship of the Queen of Heaven that he told Jeremiah not to even bother to intercede or pray for them anymore because he would not listen:

“16 Therefore pray not thou for this people, neither lift up cry nor prayer for them, neither make intercession to me: for I will not hear thee. 17 Seest thou not what they do in the cities of Judah and in the streets of Jerusalem? 18 The children gather wood, and the fathers kindle the fire, and the women knead their dough, to make cakes to the queen of heaven, and to pour out drink offerings unto other gods, that they may provoke me to anger.” Jeremiah 7:16-18

Jeremiah was specifically told not to intercede for the people, it was not something he came up with, it was a command from God. Sometimes we see God accept an intercession from a prophet like he did with Amos and give grace which is more time to repent. Sometimes we see God deny the intercession of a prophet like he did with Moses and sometimes we see God telling a prophet not to even bother interceding because He knew Jeremiah probably still would have knowing the type of man of God he was.
We could preach to people and spend an entire evening outside a wicked event getting treated horribly because most people love sin more than the Gospel. Even though we may pray for God to forgive them and give them more time to repent there could be an overdose or drunken car wreck coming their way that night because that warning they were given was their last chance of many God was giving them. We may never know how many God may have given an extra chance to due to our prayers. Jesus left His throne in Heaven to come down to earth to be mocked, brutalized, tortured, spit on and crucified so we could go to Heaven and He could pay the wages of sin for us which is death. If Jesus who is God in the flesh was willing to endure that for us and intercede for forgiveness to the ones doing it to Him then getting middle fingers, ridiculed and beer thrown at us is something we should not be complaining about and we should be willing to intercede for those doing it. It is up to God how He will handle each situation and Jesus is our true intercessor who is the only one that can make perfect intercession between God and us (1 Timothy 2:5).

“34 Then said Jesus, Father, forgive them; for they know not what they do. And they parted his raiment, and cast lots. 35 And the people stood beholding. And the rulers also with them derided him, saying, He saved others; let him save himself, if he be Christ, the chosen of God. 36 And the soldiers also mocked him, coming to him, and offering him vinegar, 37 And saying, If thou be the king of the Jews, save thyself.” Luke 23:34-37